Just in case this is the first time we're meeting each other on the intranets, hola! We're Montevideo 👋 We create and curate the best art, apparel, decor & inspiration for creative college students with independent taste.

Place in Spain: A Guide for College Students or Anyone Else Traveling To Spain for the First Time

Check out the annotated script (including hyperlinks for further learning) for this amazing video guide to the best places in Spain, which has been condensed for clarity and brevity.

An Introduction to Spain

When I came to Spain and I saw people partying, I said to myself, "WTF?"

Whether you come to Spain for the Fiesta in Ibiza, a siesta on the Costa Brava, or a foodie tour of San Sebastian, this video will help you avoid tourist traps (which college students often fall into), understand Spanish cultural do's and don'ts, and learn everything you need to know to make your trip to Spain truly unforgettable.

I'm Alex, and I'm Marko, and you are watching Vagabrothers, your go-to guide for travel tips, vlogs and inspiration here on YouTube. We lived in Spain for three years, and in this video, we're going to share all the tips, hacks, and insider information that we learned while living there.

A Bit of History First

Spain is the second-largest country in Western Europe, occupying approximately 80 percent of the Iberian Peninsula. Modern Spain is a product of thousands of years of migration and conquests, most notably the Phoenicians, the Romans, and more recently the Moors, who in the eighth century invaded from Morocco to turn Spain into one of the leading centers of learning in all of the world.

Modern Spain is best described as a nation of nations, a legacy of the Reconquista when the Catholic kings of Castile united all of the different kingdoms to push out the Moors in 1492. In just several decades, Spain went from being a conquered occupied country into one of the most powerful kingdoms in all of history.

The Key Places in Spain College Students Should Visit

Let's talk where to go. The three most popular cities are Madrid, the capital, which brings together the best of Spain; beachside Barcelona, which fuses the medieval quarter with the modernist architecture of Catalan born Antoni Gaudí; and sultry Seville in the south, the birthplace of flamenco.

Spain is full of distinct regions like Catalonia with the Costa Brava and the Pyrenees; the Basque Country, a foodie paradise with great waves and a unique culture, and Andalusia, where Moorish influence blends with iconic Spanish traditions. And, of course, there're beaches; not just the Costa del Sol or the Costa Brava, but the Balearic Islands, including Mallorca, Minorca, Ibiza, and Formentera, and the tropical Canary Islands, which are actually off the west coast of Africa and unlike any part of Spain. Moving on to climate. Although some of Spain's most popular destinations are on the Mediterranean, most of the country is on what's called the "meseta," an elevated plateau that's cold in the winter, hot in the summer, and makes Madrid Europe's highest capital. The north of Spain is green because it rains all the time, especially in the Basque Country where locals have a specific name for their type of rain called, "xirimiri."

Therefore, when packing it's best to bring layers, especially if you're journeying away from the Mediterranean. If you're visiting in the winter, make sure you have a warm waterproof jacket, although it doesn't really snow unless you're in the mountains. Also, pack a dressy outfit for going out or just head to a Zara if you find yourself underdressed. 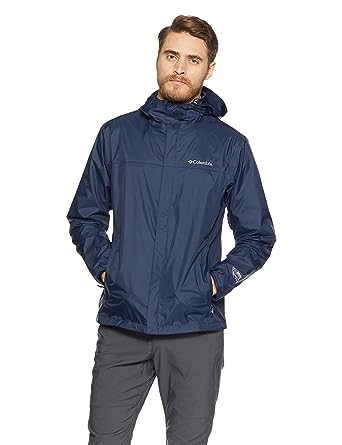 Get this breathable, waterproof Columbia jacket for your trip.

Get this waterproof Columbia jacket for your trip.

In summer Spain gets slammed with foreign tourists known as "guiris," while domestic tourism surges around Christmas and Easter, known as Semana Santa, which is largest in Sevilla. Over tourism is a serious problem in parts of Spain, especially Barcelona, so we recommend traveling during certain seasons, September to November or March to May, when the weather is still warm, but prices for flights and hotels are much lower than in summer.

Do People Only Speak Spanish in Spain?

Language is a tricky issue in Spain. You might assume that everyone speaks Spanish, but many regions have their own languages like the Latin based languages of Catalan and Galician or Euskera, the Basque language, the only non Indo-European language in Europe and one of the oldest living languages in the world. Spanish as we know it actually comes from the region of Castilla, So people in Spain call it Castellano. 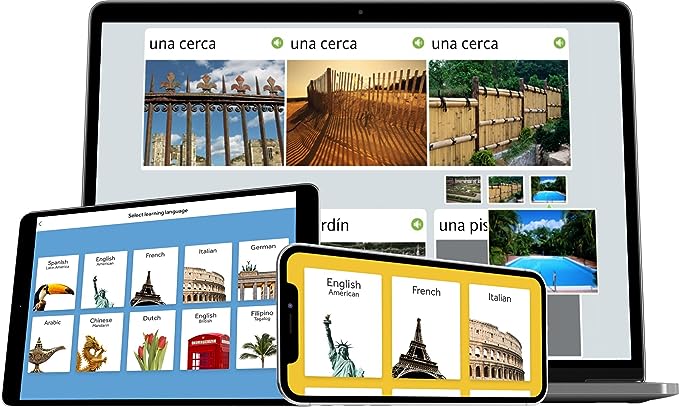 Learn Spanish at your own pace with the award-winning, self-guided learning program Rosetta Stone here.

Castellano became the lingua franca of Spain during the Reconquista, which was led by the king and queen of Castilla, Ferdinand and Isabella. Calling Castellano "Spanish" is kind of like calling English "British," if that makes sense because England's only one part of Britain. These regional languages are central to many people's identities, especially in the Basque Country and Catalonia, where many people are pushing for independence from Spain. If you try to learn some local words like "kaixo,"- "hello" in Basque or "Bon Dia" in Catalon, It will be much appreciated by the locals.

Addressing Some Myths: Does Everyone Love Bullfighting in Spain?

Now that we've covered the basics, let's debunk some popular myths starting with the one thing that we all seem to associate with Spain-- bullfighting. The truth is that not all Spaniards love bullfighting. In fact many hate it, and it's banned in regions like Catalonia.

However, it remains popular in more traditional parts of Spain, and it's probably not going anywhere anytime soon.

Nor do all Spaniards dance flamenco. Like many things associated with Spain, it actually comes from Andalusia, specifically from the Roma people who originally migrated from India almost 1500 years ago and who despite persecution have added much to Spanish culture, especially in the south.

Spaniards do know how to enjoy life so many foreigners assume that life has been easy. But the truth is Spain has faced some serious challenges, especially in the last century, most notably the Spanish Civil War of the 1930s in which the democratically elected republic was overthrown by the fascist dictator Francisco Franco who ruled Spain with an iron fist until his death in 1975.

Since then Spain has returned to democracy, had a liberal Renaissance known as La Movida Madalena, and joined the European Union. But the wounds of the Spanish Civil War that turned brother against brother are still very ,very, real. Be respectful.

More recently challenges include the 2008 financial crisis known as "la crisis," which left one out of two young Spaniards without a job, which is why over 80% of young Spaniards under 30 still live with their parents. The economy has started to recover, but unemployment and low wages continue to make life difficult for young Spanish people.

Not all Spaniards take "siestas." And the tradition actually originated in Southern Portugal where it was a way for day laborers to get a rest from the midday sun. Typically you have lunch at home, have a short nap, maybe take a "paseo," a walk around town and then return to work from 5 to 8 p.m. That being said most small businesses do shutdown between 2:00 and 5:00 p.m. everyday and on Sundays. So plan your shopping accordingly.

Spain has to be one of the most fervently Catholic countries in the world. It's the birthplace of the Inquisition, the Jesuits, and Opus Dei and even though over Three-quarters of modern Spaniards identify as Catholics, very few of them actually practice the religion. Furthermore, Spain was deeply influenced by Sephardic Jews who arrived during Roman times and spoke a hybrid of Spanish and Hebrew known as Ladino, as well as the Islamic Moors who turned Cordoba, Sevilla ,and Granada into some of the most advanced centers of science and learning in all of the world at that time.

During the Inquisition these two religions were forced to either convert to Christianity, leave Spain, or die. But their legacy has survived in many ways: Jewish influence on Spanish cooking or the Arabic impact on the Spanish language "azucar, aceite, al" = alcohol any word that starts with an al probably comes from Arabic. Some people assume that Spanish culture is similar to Latin America, and while Spain did conquer the vast majority of the Americas, the cultures in places like Mexico, Peru, or Argentina are actually blends of Spanish culture with indigenous and immigrant traditions.

Of course, there are many things that flowed back to Spain from the Americas most notably looted gold and silver, which still to this day still adorn many of the cathedrals across the country, most notably in Toledo. Holy Toledo! Not to mention a love of hot chocolate and the potato, which form a cornerstone of the Spanish diet.

Speaking of diet, let's talk about one of the best parts of Spain: the food and drink. With over 171 Michelin-starred restaurants in Spain and good food at any price point, Spain is easily one of the best foodie destinations in the entire world.

Before we talk about where and what to eat, let's talk about how to eat, specifically why Spaniards eat later than other European countries. Breakfast or "desayuno" is a minimal affair in Spain. It's usually just a sweet pastry and a cafe con leche, which is kind of like a latte or a cortado, which is a shot of espresso with just a little bit of milk.

Lunch, known as "la comida," is the main meal of the day. It's served during the siesta from about 1:00 in the afternoon until 4:00pm. Save money with a "menu del dia," a three-course meal with wine, coffee, and dessert included for around 10 to 15 euros. It's the best deal in the country, and if you're on a budget, timing the menu del dia right could carry you through the full day.

Spain is famous for its culture of tapas, which means "covers," because supposedly they were designed to cover the glass of wine for travelers in roadside inns so they didn't get too drunk before they had to ride their horse to the next village. No one really knows where they came from, but they're excellent and usually cheap if not free, at least in Granada where you get a free top-up with every drink order, which is pretty epic. You can eat them for lunch, but it's more common to have them with a glass of wine at dinner.

In the Basque Country they serve "pintxos," which are similar to tapas but a bit more elaborate and a little bit more expensive. However, the best pintxos bars in San Sebastian will allow you to taste high-level Basque cuisine without having to spend the money for a Michelin-Star meal. The highest concentration of Michelin-Star restaurants in the world are found in Catalonia and the Basque Country, with more Michelin stars per capita than anywhere else on earth.

Want to learn even more in preparations for your next trip to Spain?

We recommend you pick up one of these amazing travel guides created by Monocle.

Get this Barcelona travel guide here.

Get this Madrid travel guide here.

← Back to Everyday Inspiration & Ideas